What Is Soft-brick Problem In Android Smartphone?

I have Listed below when Soft-brick problems occurs in any android smartphone:

When you’re flashing a stock ROM in your android smartphone and if you had did any mistake while flashing process, your smartphone might bricks(Soft-brick). sometimes android phone stuck into a boot-loop after flashing Stock ROM.

Soft-brick while flashing ROM via SP Flash tool in android device mostly occurs in MTK androids (Micromax, Lava, Spice, Panasonic etc.) , sometimes it would be worse decision via flashing Stock ROM in MTK androids, because your device might soft-bricked and if you again trying to flash Stock ROM in your device then your device might show some errors like Nvram, wi-fi errors or Invalid IMEI problems. Don’t panic this is not common to all android phones, and to avoid soft-brick while flashing Stock ROM in your android phone, check twice your  flash tool’s settings and ROM is supported for your Android device.

Sometimes a android phone might soft-brick while using a app who requires root access, this occurs in rooted android phones, when a app ask a permission for root access in your android smartphone and you simply grant it and after few seconds it says you in a message that: “reboot your phone to make changes”, after this when you reboot your android smartphone your phone might bricked, that is soft-brick, your phone’s software is corrupted now, and now you need to flash Stock ROM in your android phone. mostly this problem occurs with apps like who changes your phone’s graphics, RAM, CPU or accelerate your CPU, ad-blocking apps, chainfire 3D, etc.

How To Avoid Soft-Brick Problem In Android Smartphones

To avoid above these soft-brick problems in any android device,I’ve listed the following points, read continue:

Thanks For Reading, The Article was about Major Reasons For Any Soft-Bricked Android Smartphone, you had read why soft-brick happens in any android smartphone, hope this helps you, if you find this article helpful then do comments, also you can subscribe via email to get more awesome updates like this.
Prev Article Next Article 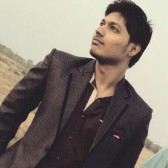 More from this Author

Vivek Kumar is a web geek who likes to learn new things consistently. He is the CEO & Founder of techinvade.com. His interest in all the things which are related to technology. He believes in be crazy, think lazy, because a lazy person will always find the easiest way to do any work.

This site uses Akismet to reduce spam. Learn how your comment data is processed.